LO 1 In January of 1999, Nancy Conrad founded Network Technologies, Inc. (NT!). NTI man Explain how a company can manufactures a screening device designed to safeguard personal computers against viruses b profit rich, yet cash poor.” transmitted through networks. Unlike disinfectant programs that remove viruses from infected hard drives, the NTI product actually screens all Incoming network transmissions. If a virus is detected, it is destroyed before it can infect a computer’s hard drive and cause damage to files.

Operating from a small manufacturing facility in Baltimore, NT! struggled through its first nine months of operations. However, the company experienced a very strong fourth quarter and managed to finish the year with total sales of $900,000 and a net income of $144,000. The following profitability measures were taken ‘from NTI’s financial report for the year ended December 31, 1999

Even though NTI appears to be profitable relative to industry averages, it is plagued by severe cash flow problems. In fact, for the year ending December 31, 1999, NTl reported a-$250,000 negative cash flow from operations. Unable to obtain additional bank credit, Conrad loaned her company $36,000 on January I, 2000, so that payroll checks would cleat.

The liquidity measures presented below were also taken from NTI’s December. 1999, financial report. Unlike the profitability measures, these measures are all well below industry averages. 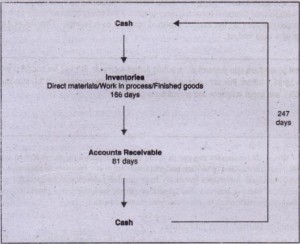