Let us now see how incremental analysis can be used in a variety of business decisions.

Companies sometimes receive large special orders to provide merchandise at less than the regular price. Typically, these orders are not from a company’s regular customers.

To illustrate, assume that Par Four manufactures golf balls that it distributes exclusively through professional golf shops in the United States. Although the company has the capacity to manufacture 2 million balls per month, its current sales volume requires that only 800,000 units be produced. At this level of output, monthly manufacturing costs average approximately $480,000, or $0.60 per ball as follows:

Assume that Par .Four receives a special order from :’-lGC, a company that sells golf products in Japan, for 500,000 “special label” golf t rlls per month. The balls would be imprinted with the NGC name and logo and would not in any way be identified with Par Four.

To avoid direct competition with Par Four’s regular customers, NGC has agreed not to sell these balls outside of .Japan. However, it is willing to pay Par Four only $250,000 per month for the special order, which amounts to only $0.50 per ball. Would it be profitable for Par Four to accept this order? .

At first glance. the order appears to be unprofitable. Not only is NGC’s offer of $0.50 per ball much less than the regular sales price of $1.25, it is even less than Par Four’s $0.60 per-unit manufacturing cost. However, before we decide to reject NGC’s order, let us first perform an incremental analy is of the costs and revenue relevant to this decision:

Our analysis indicates that accepting ‘NGC’s special order will generate incremental revenue of $250,000 and incremental costs of $JOO.OOO.Thcrctorc. the order will increase Par Four’s monthly gross profit on sales by $150.000.

The relevant factors in this type of decision are the incremental (additional) revenues that will be earned and the incremental costs that will be incurred by accepting the order. Only the additional variable costs of $0.20 per unit are relevant to this decision. because the fixed costs remain $320,000 regardless of whether the order is accepted or not. Thus the $0.60 average manufacturing cost, which includes fixed costs per unit. is not relevant ~()this decision

In evaluating the merits o(a special order such as the one received by Par Four. managers should consider the effect that filling the order might have on -the company’s regular sales volume and selling prices. Obviously, it would not he wise for Par Four to sell golf balls at $0.50 apiece to a domestic company, which might then try to sell the balls to Par Four’s regular customers for less than Par Four’s normal selling price of $ 1.25 per ball. Par Four’s management should also consider how the company’s regular customer might react if word gets out about the special order. These customers may also demand a $0.50-per-ba)) selling price

You as a Sales Representative

In summary. incremental analysis is a useful tool for evaluating the effects of expected short-term changes in revenues and costs. Managers should always be alert, however, to the long-run implications of their actions

Assume that you arc offered two equally satisfactory jobs. one paying $8 per hour and one paying $ 12 per hour. If you are able to work only 40 hours per week and you wish to maximize the amount you earn per hour of your time, you would naturally choose the job paying $12 per hour. For the same reason, if a company’s cutput is limited by a particular resource, such as labor or machine-hours, management should use this resource in a way that maximizes total contribution margin. To illustrate this concept, assume that Fran’s Studio creates three products: (I) watercolor paintings. (2) oil paintings, and l.~) custom frames. Total output. however, is limited to what can be produced in 6.000 hours r)j direct labor. The average contribution marginper direct labor hour required ,lO corr.plcre each of the studio’s products is as follows

In general. when capacity is constrained by the limited availability of a particular input, a company should attempt to maximize its contribution margin per unit of that 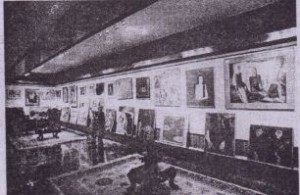 Understanding the best use of scarce capacity is critical, even [or art studios .

input. The following table shows the total contribution margin Fran’s Studio would earn if it used all 6,000 of its annual labor hours to create a single product line

This schedule shows that the studio can maximize its total contribution margin and, therefore, its operating income, by creating only watercolor paintings. In most ‘Cases,however, a company cannot simply manufacture the single product that is most profitable. For example, the demand for watercolors may not be sufficient to allow Fran’s Studio to sell all of the watercolor paintings it is capable ·of producing. In this case, operating income would be maximized by creating oil paintings once the demand for watercolors is satisfied. If the demand for oil paintings is also met, any remaining direct labor hours would be devoted to producing custom frames

You as a Store Manager

Posted on November 24, 2015 in Incremental Analysis