In Salll and Earnings Computing the percentage changes in sales, gross profit, and net income from one year to the hext gives insight
into a company’s rate of growth.

If a company is experiencing growth in its economic activities, sales and earnings should increase at more than the rate of inflation. Assume, for example, that a company’s sales increase by 6% while the general price level-rises by 10%.

The entire increase in the dollar amount of sales may be explained by inflation, rather than by an increase in sales volume (the number of units sold). In fact, the company may well have sold fewer goods than in the preceding year.

Percentages Become Misleading When the Base Is Small Percentage changes may create a misleading impression when the dollar amount used as a base is unusually’ small.

Occasionally we hear a television newscaster say that a company’s profits have Increased by a very large percentage, such ·as900%. The initial impression created by such a statement is that the company’s profits must now be excessively large.

The ‘changes in financial statement items from a ~ase year to following years are often expressed as trend percentages to show the extent and direction of change. Two steps are necessary to compute trend percentages.

For example, assume that 1996 is selected as the base year and that sales in the base . year amounted to $300,000 as shown on the following page. The trend percentages forsales are computed by dividing the sales amount of each following year by $300,000 .

Also shown in the illustration are the yearly amounts of net income. The trend percentages for net income are computed by dividing the net income amount for each following year by the base-year amount of $15,000 Component Percentages Component percentages indicate the relative size of each item included in a total. For example, each item on a balance sheet could be expressed as a percentage of total assets. This shows quickly the relative importance of each type of asset as well as the relative amount of financing obtained from current creditors, long-term creditors, and stockholders. By computing component percentages for several successive balance sheets. we – can see which items are increasing in importance and which are becoming less significant. Another application ‘of component percentages is to express all items in an 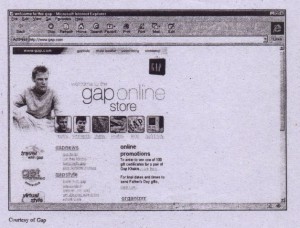 we see that the increase in cost of goods sold (60% to 70%) was only partially offset by the decrease in expenses as a percentage of net sales, causing net income to decrease from % to 5% of net sales. Ratios ‘A ratio is ‘a simple mathematical expression of the relationship of one item to another.

For a ratio to be useful, however, the two amounts being compared must be logically related. In subsequent sections of this chapter, we will make extensive use of ratios in better understanding important .dimensions of an enterprise’s financial activities.
, ”
Standards 01 Comparison

In using dollar and percentage changes, trend percentages, component percentages, and ratios, financial analysts constantly search for some standard of comparison against which to judge whether the relationships they have found are favorable or unfavorable.

Two such standards are

(1) the past performance of the company and

(2) the performance of other companies in the same industry. (For internal management purposes, another important comparison is with expected or budgeted numbers.) ,

Past Performance of the Company Comparing financial information for a current pe- , rind with similar information for prior years affords some basis for judging whether the  condition of the business is improving or worsening. This comparison of data over time is sometimes called horizontal analysis, to express the idea of reviewing data for a number of consecutive periods. It is distinguished from vertical, or static, analysis, which refers to the review of the financial information within a single accounting period.
In addition to determining whether the situation is improving or becoming worse, horizontal analysis may aid in making estimates of future prospects. Because changes may reverse their direction at any time, however, projecting past trends into the future always ‘involves risk.A weakness of horizontal] analysis is that comparison with the past does not afford’ any basis for evaluation in absolute tenns. The fact that income was 2% of sales last year and.is 3% of sales this year indicates improvement, but if there is evidence that net income should be 7% of sales, the record for both years is unfavorable. I,ndustry

Standard The limitations of horizontal analysis may be overcome to some extent by finding appropriate benchmarks against which to measure a particular com; PllRY’S perforreance.The benchmarks used by most analysts are the performance of ”  comparable companies and the average performance of several companies in the same industry. I . , Assume, for example, that the revenue of Alpha Airlines drops by 5% during the current year. If the revenue for the airlines industry had dropped an average of15% during, this year, Alpha’s 5% decline might be viewed as aJavoralJl~ performance. As another’ example, assume that Omega Co. earns a net income equal to 3% of net sales. This would be substandard if Omega were a manufacturer of commercial aircraft, but it would be , satisfactory performance’ if it were a retail grocery chain because of ‘the difference in ‘ earnings expected in the two industries:

When we compare a given company with its competitors or with industry averages, ‘ our conclusions will be valid only if the companies in question are reasonably comparable. Because of the large number of diversified comp'” formed in recent years, the term industry is difficult to define, and even companies that fall roughly within the same ‘ industry may not be comparable in many respects. For example; one company may en- “gage only in the marketing of oil products; another may be a fully integrated producer  fromthe well to the gas pump; yet both are said to be in the oil industry.

• Quality of Earnings Profits are the ,lifeblood ‘of,a business entity, No entity can survive fot long and accomplish its other goals unless it is profitable. Continuous losses drain assets from the business, consume owners’ equity, and leave the company at the mercy of creditors. In assessing the prospects of a company we are interested not only in the total amount of , earnings but also in the rate of earnings on sales, on total assets, and on owners’ equity.

In addition. we must look at the stability and source of earnings. An erratic earnings performance over a period of years. for example, is less desirable than a steady level of earnings:’A’hlstory_ of increasing ‘earnings is preferable to a flat earnings record. /” A breakdown of sales.and earnings by major product ‘lines is useful in evaluating future performance of a company

Publicized companies include with their finahcial statements supplementary schedules showing sales and profits by product line and by geographical area. These schedules assist financial analysts in forecasting the effect’ on the company of change sin consumer demand for particular types-of products. Financial analysts often express the opinion that the earnings of one company are of higher quality than earnings of other similar companies. This concept of quality of earnings arises because each company’s management can choose from a variety of accounting principles and methods, all of which are considered generally acceptable.

A company’s jnanagement often is under heavy pressure to report rising earnings, and accounting policies may be tailored toward this objective. We have already pointed out the impact on current reported earnings of the choice between the LIFO and FIFO methods of inventory valuation and the choice of depreciation policies. In judging the quality of earnings, the financial analyst should consider whether the accounting principles and methods selected by management lead to a conservative measurement. of earnings or tend to inflate reporter earnings.

•, ‘Industry data are available from a number of sources, For example, Robert Morris Associates publishes