As-a result of these delays, only 600 beams were produced (or 100 fewer than “normal” monthly output). There were no units in process either at the beginning or the end of March. Total manufacturing costs actually incurred to produce 600 bean Is during the month were as follows:

By comparing the actual sets incurred in March to the standard costs allowed to actually produce 600 be ‘we can determine the total cost variance for the month as follows:

As shown above, total costs incurred to manufacture 600 20-foot beams during the month w.ere actually $80 less than the standard cost allowed. Thus the total variance from standard is said to be favorable.

Because it is favorable, one might jump to the conclusion that operating efficiency is slightly better than expected and that no corrective actions are necessary. We will see, however, that the’ $80 total variance from standard does not provide enough detailed information to adequately assess manufacturing efficiency.

Only by comparing actual costs of direct materials, direct labor, and overhead to their related standard costs can we begin to understand the dynamics of the numerous interrelationships involved. Let us begin by determining the portion of the company’s total variance attributable to the price and quantity of direct materials used in March.

In establishing the standard material cost for each unit of product, two factors are considered (I) the quantity of materials required and (2),the prices that should be paid to acquire these materials, Therefore, a total cost variance for materials can result from differences in the quantities used, in the prices paid to suppliers, or a combination of these factors Let us compute the total materials variance incurred by Brice in the production of 600 laminated beams in March. As we have stated, a cost variance is the difference between the actual cost and the standard cost of the unit produced. Thus Brice had a $3.600 favorable materials variance for the 600 beams produced in March:

(Note: The formulas for computing all of the cost variances discussed in this are summarized on page 982.) 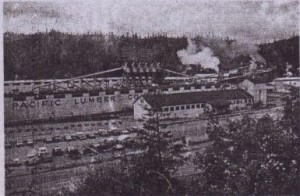 Notice that the Work in Process Inventory account is debited for the standard cost of materials used, and the Direct Materials Inventory account is credited for the actual COM of materials used. The difference between the standard and actual total cost is recorded in the two cost variance accounts. I Unfavorable ‘Variances are recorded by debit entries because they represent costs in excess of the budgeted standards. Favorable variances, however, are recorded by credit entries because they represent cost savings relative to standard amounts.

Variances do represent actual costs (savings) to companies as compared to what was expected based on standard costs. However, cash flows do not occur when the variances are recognized. Cash flows occur when accounts payable (for raw materials or overhead) or wages payable (for labor) are actually paid.

Brice incurred actual direct labor costs of $14,040 in March. The standard labor cost allowed for manufacturing 600 beams is only $10,800 (600 units X 1.5 hours per unit X $12 per hour). Thus the company is faced with an unfavorable labor variance of $3.240 ($10,800 – $14,040). We can gain additional insight regarding the reasons for this overrun by separating the total variance amount into two elements-a labor rate variance and a labor efficiency variance. ‘
Actual labor costs are a function of: (1) the wage rate paid to direct labor workers and (2) the number of direct labor hours worked. A labor rate variance shows the extent to which hourly wage rates contributed to deviations from standard costs. The labor efficiency variance indicates the extent to which the number of labor hours worked during the period contributed to deviations from standard costs. The labor rate variance is equal to the actual number of hours worked multiplied by the difference between the standard wage rate and the actual wage rate. Time cards show that I,080 direct labor hours were used in March. The average wage rate  for the month
was $13 per  hour. Thus He labor rate variance for Brice is computed as follows: