Home » Financial Assets » Conservatism in the Valuation of Accounts Receivable

Conservatism in the Valuation of Accounts Receivable Accounting Help

We previously have made reference to the accounting concept of conservatism. In accounting, conservatism means resolving uncertainty in a manner ~hat minimizes the. risk of overstating the company’s current financial position. With respect to the valuation of accounts receivable, conservatism suggests that the allowance for doubtful accounts should be at least adequate.

That is, it is better to err on the side of the allowance being a little too large, rather than a little too small. , Notice that conservatism in the valuation of asset-, also leads to a conservative measurement of net income in the current period. The larger the valuation allowance, the larger the current charge to uncollectible accounts expense.

One of the most important principles of internal control is that employees who have custody of cash or other negotiable assets must not maintain accounting records. In a small business, one employee’ often is responsible for handling cash receipts, maintaining accounts receivable records, issuing credit memoranda, and writing off uncollectible accounts. Such a combination of duties is an invitation to fraud. The employee in this situation is able to remove the cash collected from a customer without making any record of the collection. The next step is to dispose of the balance in the customer’s account. This can be ‘done by issuing a credit memo indicating that the customer ha~ returned merchandise, or by, writing off the customer’s account as uncollectible

Management has two conflicting objectives with respect to.the accounts receivable. On the one hand, management wants to generate as much sales revenue as possible. Offering customers lengthy credit terms, with little or no interest, has proven to be an effective means of generating sales revenue.

Every business, however, would rather sell for cash than on account. Unless receivables team interest, they are nonproductive assets that produce no revenue as they await collection. Therefore, another objective of cash management is to minimize the amount of money tied up in the form of accounts receivable. .

Several tools are available to a management that must offer credit terms to its customers yet wants to minimize the company’s investment in accounts receivable. We have already-discussed offering credit customers cash discounts (such as 2110, n/30) to encourage early payment. Other tools include factoring accounts receivable and selling to customers who use national credit cards . 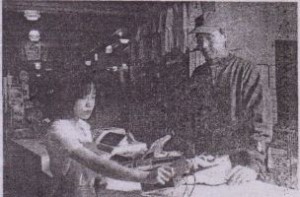 To illustrate, assume that Bradshaw Camera Shop sells a camera for $200 to a customer who uses a Quiek Charge credit card. The entry would be

This receivable is from the credit card company

Evaluating the Quality of Accounts Receivable

Evaluating the Quality of Accounts Receivable

In the annual audit of a company by a CPA firm. the independent auditors will verify receivables by communicating directly the people who owe the money. This confirmation process is designed to provide that the customers and other debtors actually exist and that they acknowledge their indebtedness. The CPA firm also may verify the credit rating” of major debtors

You as Credit Manager

Posted on November 23, 2015 in Financial Assets