Based on our cash flow analysis, purchase of the vending machines appears to be an acceptable proposal. However there are numerous non financial issues that might be considered before making a decision based purely on the numbers For instance, all of the revenue and expense estimates used in determining these financial measures were supplied by Vend Corp. It is entirely possible that these estimates may”be overly optimistic. Furthermore, Wilson”know~ nothing about Vend Corp’s

business reputation. What assurances does he have that Vend Corp will honor its agreement to stock the machines with fresh merchandise before each game, maintain the machines when they break down, and repurchase the machines for $5,000 at the end of
. five years? Has Wilson obtained bids from other suppliers of vending machines? Or has he considered an arrangement with an outside catering service to provide concessions at the Stars’ home ball games? Finally, perhaps there are unrelated investment opportunities to consider, such as investing in a new pitching machine, team uniforms, or new stadium seats. 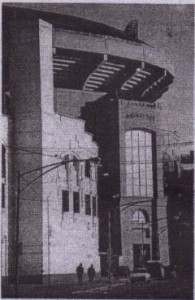 Careful consideration also should be given to the income tax effects of the decision and to non financial factors. Data for an illustration To illustrate, assume the Maine Lob Stars own an old b is that transports the team from game to game. This old bus guzzles gas, frequently needs repair, has no air conditioning, and is cramped and comfortable.

An opportunity arises to purchase another bus that, although used, is larger, in better condition, has air conditioning, and is more fuel efficient. The following are financial data relating to this capital investment proposal:

We will make a simplifying assumption that both buses have a remaining useful life of five years, with no salvage value. Notice that the old bus has a book value of $25,000, but a current sales value of only $10,000. At first glance, the resulting $15,000 loss upon disposal appears to be an argument against replacing the old bus. But the cost of the old bus is a sunk cost and therefore is not relevant to the decision.

The current book value of the old bus is merely what remains of this sunk cost. If the old bus is sold, its’ book value is offset against the sales proceeds. But if the old bus kept, its book value will be recognized as depreciation expense over the next five. Thus the Stars cannot avoid recognizing this cost as expense (or loss) regardless of decision is made.

From a present-value standpoint, there actually is some benefit to recognizing this sunk cost as a loss in the current period because the related income tax deduction will occur now, rather than over the remaining life of the bus.

In deciding whether to replace the old bus, the Stars should determine the present value of the incremental net cash flows resulting from this’ action. This present value may be compared with the cost of the new bus to determine whether the proposal will provide the required rate of return.

Determining the Press Value of Incremental Cash Flows To compute the incremental annual cash flows from acquiring the new bus, we must consider both the annual savings in operating costs and the difference in annual income taxes. The Stars’ annual income taxes expense will be affected by purchasing the new bus because of the difference in annual operating expenses and in the annual deductions for depreciation. (To simplify our computations, we will assume the Stars use straight-line depreciation for tax purposes.

We have stated that the Stars require a 15% return on capital investments. Referring to the annuity table on page 1008. we see that the present value of $1 received annually for five years’ is 3.352. Therefore, ·the $10,400 received annually for five years, discounted at 15%. has a present value of $34,861 ($10,400 X 3.352). In addition to the present value of the annual cash flows. however. we should consider two other factors: the $10,000 sales proceeds from the old bus, and the tax savings resulting from the loss on disposal.

Summary of Financial Considerations We now can determine the net present value of this proposal as follows:

Thus this proposal fails to provide the Stars with its required minimum return on capital investments of 15%. (Question: What is the most that the Stars could pay for the new bus and earn a 15% return? Answer: $50,081, the present value of the cash flows, discounted at 15%.You as a Transportation sums you manage transportation for lodestars.

You have just seen the proposal for requirement, he new bus with its accompanying financial flg~,s. You know that the operating’costs for the new bus will not be $18,000 per year but will more likely .be$8,000, $12,000, $20~i . $24,000, and $26,000 ror years 1 through 5, respectively; Should you mention this fact: given , that operating costs’ average $18,000 over five years, [($8,000 or $12,000 + $20,000 + 2OOO+ $26,000) + 5 = $18,000]7  Non financial Consolidators Just because a capital investment proposal fails, to provide the desired rate of return does not necessarily mean that it should be rejected. On page 1004 of this chapter, we identified several types of capital investments likely to provide little or. no financial return, but which management may consider worthwhile for other reasons. Should the Stars buy the new bus? Probably so. Yes, they have to pay about $15,000 more than a price that provides the desired J 5% return. But on the other hand, the team will travel in greater comfort and with greater reliability for a period of jive years. (What would be the opportunity cost of missing .a ball game because the old bus breaks down”)

Actually, $15,000 seems a small price to pay for the non financial benefits that the new , bus is likely to provide. Finally, has the team considered all of the available options? Surely, this isn’t the only
used bus for sale, And what would be the cost of chartering bus service, rather than owning their own bus?

First, because the results of the capital budgeting process have serious implications for employees, their estimates may be overly pessimistic or optimistic. Second, capital budgeting involves estimates from many sources within and outside of the company; thus there are many opportunities for errors to creep into the process. .

Pessimistic or optimistic estimates arise because ‘e-employee frequently evaluated on outcomes that clearly depend on-the amount and type of capital resentments the company . chooses. For example, the manager of a profit center is likely be paid a bonus based on the center’s profits each quarter.

Assume the profit center’s profitability spells on die inefficiency untidy incorporating equipment. In providing data for a capital investment. proposal for new equipment, that profit center manager may be overly optimistic tabbouleh efficiency of the new equipment and overly pessimistic about the projected efficiency of the current equipment in order to-persuade management to acquire new equipment Because choices among capital budgeting proposals determine future directions of the firm, careful evaluation and aggregation of data are critical. Most capital budgeting proposals require input from a variety of different individuals.

Operating expense information may come from the accountant, sales prices for old and new buses may be gathered from outside of organization.sand the lifespan estimates may come from the bus mechanic. The reliability of these estimates can be a critical factor
in the final choices made among capital budget proposals.

Companies establish interracial controls for the capital budgeting process to help guard against overly optimistic or pessimistic estimates and aggregation errors. Many companies.

use routing forms that require all upper-level managers to sign off on large capital budgeting proposals.

My coinsurance a finance department’s expertise to review and complete analyses about the accuracy of estimates. The largest strategic capital investments ordinarily require approval by the board of directors.

In addition, many companies track capital budget projects as they are implemented. Managers compare the projected expenditures’ with the actual installation and operating costs to identify weaknesses in their planning processes;

Capital budget planners who know that a capital budget audit will be undertaken, will be less likely to be overly optimistic or pessimistic about their estimates.

Just as you are careful about planning your expenditures from your checking account because you know the bank audits your balance, capital budget planners are more careful when they know an audit of their proposed investment expenditures will be undertaken.

Posted on November 24, 2015 in Capital Budgeting

IN SUMMARY
Some Concluding Comments on Transfer Prices